In a decision dated July 17, 2020, China’s Supreme People’s Court ruled for Under Armour, Inc. against Fujian Tingfeilong Sporting Goods Co., Ltd. (福建省廷飞龙体育用品有限公司) for trademark infringement and unfair competition. Under Armour was founded in 1996 and as of 2018 had almost $5 billion USD in annual revenue selling sportswear, such as clothing and running shoes.  In contrast, Tingfeilong launched the brand “Uncle Martian” in 2016 in China also in the sportswear field. As can be seen below, the Uncle Martian logo is extremely similar to the Under Armour logo. Unsurprisingly, Under Armour immediately sued Tingfeilong for trademark infringement and unfair competition and, also unsurprisingly, won.  The Supreme People’s Court has just affirmed that ruling. 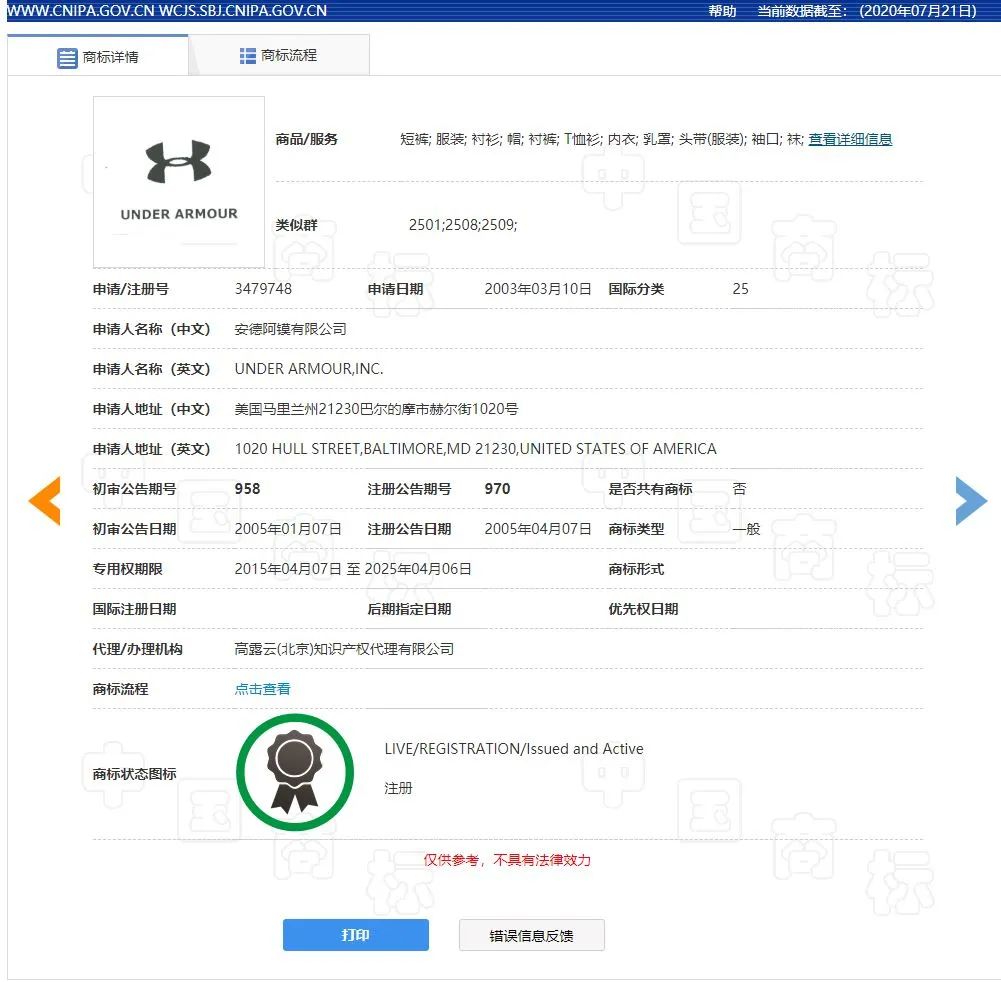 The court of first instance held that Tingfeilong was the correct defendant as it had infringed as evidenced at least by the use of the logo on investment promotion advertisements and at a brand press conference, which connected the logo’s use to Tingfeilong .

This infringement constituted trademark infringement. Regarding trademark infringement, the brand press conference featuring the logo, the investment promotion advertisements featuring the logo, the logo used on the business premises, the logo used on brochures, shoes and a basketball having the logo displayed in a sample room, wristbands and t-shirts with the logo, etc. all identify the source of goods.  After a comparison of the Uncle Martian logo with the registered marks to Under Armour, the Court of First Instance held “Tingfeilong’s claim that there is a difference in the design style and overall appearance between the logo and the trademark of Under Armour is not accepted due to insufficient factual and legal basis.” However, Tingfeilong’s use of the brand name “Uncle Martian” was not infringing.

The Court of First instance also ruled there was unfair competition because Tingfeilong used “Under Armour (China) Co., Ltd.” on its business card despite having no relationship with Under Armour.

On appeal, the Supreme People’s Court upheld the verdict stating “Tingfeilong’s appeal request cannot be established and should be rejected; the first-instance judgment has clearly established the facts and the applicable law is correct and should be maintained.”